Yesterday I released three new tunes on an EP called Kaleidoscope. They’re meant to be groovy little things that you can put in your pocket and walk around with. The title refers to the construction of the tunes, which is largely short phrases that repeat and move around, much like a Kaleidoscope. The title of […] 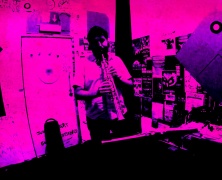 Complexity in the Simplest of Things – Bach Cello Suites

I’ve been playing through the Bach Cello Suites this week, which is always rewarding. These seemingly simple lines are surprisingly difficult to play with clarity and direction. (As you’ll hear below!) I’ve been listening to the Pablo Casals recordings from the 1930’s, which are quite amazing. I swear there are some parts where he swings. […] 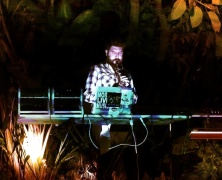 It’s always nice to hear kind words from strangers about your work. I’ve recently received four reviews for my new album, Goa Variations. Here are some highlights, click the links for the full articles: “Andrew D. Meyer evokes a circular hypnotic concept on the psychedelic odes of “Goa Variations”. The color bursts forth from these compositions […]

Well…it’s a lie really, here are some video clips from the past few weeks that I haven’t gotten around to uploading. First off is [M]onte, our Afro-Latin Jazz Collective. A lot of the video is from Casa Nueva a couple of nights ago. The rest is from a few weeks back at Athens Uncorked. It’s […]

This week I had the good fortune of doing three great shows of my own original music in three different locations across Ohio and Indiana. I did One Way, at the Go Factory in Cleveland, a recital performance at the NASA convention in Ft Wayne, IN, and a full program of my music at the […] 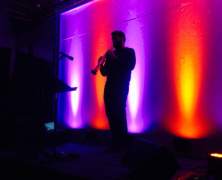 I had a great opportunity last night to play four of my own original compositions at the 10th anniversary of the 1Way series at the Go Factory on the West Side of Cleveland. I was actually amongst the first performers at this series 10 years ago and haven’t been back since so it was nice […]

Play However You Want [tomorrow night]

Many moons ago, as I was struggling through some Mendelssohn clarinet excerpts, I was given some sage advice in the form of a question. She said to me, “you know you can play the clarinet however you want, right?” I’ve thought about that a lot since that day. What she meant wasn’t that I could […]

This coming friday (11/13) I will be performing two original solo soprano compositions in concert. As i’ve been preparing this week i’ve been listening to a lot of soprano players and i’ve picked out a few of my favorites to share. This is one of my absolute favorite soprano recordings and it also happens to […]

I’ve been working on some excerpts from a few different Cirque du Soleil shows lately. They’re available on their website  with backing tracks and the music is really interesting…and challenging! A lot of it definitely sounds like French circus music but there are many tunes with interesting world music sounds. It’s all very colorful stuff. […]