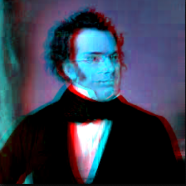 Unity and Symbolism in Winterreise

Posted by Andrew D Meyer on May 26, 2022 in Uncategorized | Leave a comment

Unity and Symbolism in Winterreise

Franz Schubert’s Winterreise D. 911 Op. 89 was composed beginning in February of 1827, and finished in the spring of that same year. Published in 1828, the composition consists of two books of twelve songs each, originally composed for tenor voice, but frequently performed by other voice ranges. Both Winterreise, and Schubert’s earlier cycle, Die schöne Müllerin, were written to be performed by the composer’s baritone friend, Johann Michael Vogl.(1) While not necessarily fitting conventional definitions of ‘organic unity’ in terms of narrative, the work achieves cohesion through overarching psychological themes of loneliness and longing, as well as the use of descriptive musical devices. As described by Susan Youens, “Winterreise is a profound study of alienation and melancholia, of Romantic consciousness in disintegration.” (2)

The source material for Schubert’s Winterreise is a collection of poems published in three separate collections by Wilhelm Müller, beginning in 1823. Initially beginning as a set of twelve poems, Müller added ten more in 1823, and the following year republished both sets in a different order, adding two additional poems. This same order is reflected in Schubert’s compositional process. He first set the original twelve poems and published them, possibly without knowing the second set of twelve poems existed. When Schubert later added the additional twelve poems, he left the original twelve in the same order, thus using a different order for his final composition than Müller’s. (3)

The somewhat ambiguous nature of the plot structure has lead some to consider Winterreise not a true song cycle, though as Anthony Newcomb points out in his essay, Structure and Expression in a Schubert Song, the twelve songs of the first book do form a narrative, with actions from one song leading to the next. (4) The narrative structure of the second book is more murky that the first. This difference between the two volumes seems logical, as the first set of poems was published together, in this order, while the second was reordered by Müller, but not by Schubert. Debate over whether or not Winterreise should be considered a song cycle is somewhat irrelevant, as the term was first used in Arrey von Dommer’s updated edition of Koch’s Musikalisches Lexikon in 1865, thirty-seven years after the publication of Winterreise. (5) Regardless of the fact that the concept of the song cycle was invented after the publication of Winterreise, the unifying themes, subjects, and overall mood of these songs certainly allows its consideration as such.

The idea of a song cycle that is defined as such not through narrative action or musical unity is a new development for Schubert. Winterreise is often compared with the earlier song cycle, Die schöne Müllerin, which offers a much more logical plot structure. In Winterreise, the listener is invited into the mind of the protagonist as he navigates his emotional world. This move toward an inwardly-reflecting narrative, as opposed to a traditional action-based narrative is a concept that looks forward to the heavily psychological expressionist works of Schoenberg, Berg and others. (6) With a title like Winterreise, one might expect pastoral tone painting of long winter journey. Instead, Schubert created an internal journey through the mind of the protagonist, with external sights being used to trigger emotional responses.

The central topic of Winterreise is longing. As Lauri Suurpää points out in her book, Death in Winterreise, the protagonist longs for both ‘his beloved,’ in the first part, and for death in the second part. These longings for unobtainable love, and later for death, are related to another major theme in Winterreise, illusion and reality. (7) Examples of these related concepts come immediately at the beginning of the work. As the protagonist sets off on his journey, he passes several locations that provoke a feeling of longing in him. In Erstarrung, he sees the meadow where he would walk with his beloved in summer, followed by Der Lindenbaum, where he is reminded of the times he spent relaxing in the shade of the linden tree. At each of these locations, the protagonist describes his inner emotional world, and the misery he feels at recalling these former happy times. In these situations, the past happiness can be viewed as illusion, and his current inner-misery as reality. (8) Throughout the cycle, minor keys are often used to reflect reality and the suffering of the wanderer, while major keys represent illusion, and pleasant thoughts of the beloved. (9) These concepts of longing, illusion, and reality are the essence of what ties Winterreise together into a cohesive narrative.

One source of the melancholy and sense of longing in this late work by Schubert could be the composer’s own health. While it is unclear exactly what type of illness the composer was suffering from at the time of his death, it seems likely that it was syphilis. Accordingly, Schubert was most likely receiving a mercury treatment, as was common at the time, though now known to be ineffective and poisonous. Descriptions of his final days, during which the composer made corrections on score of Winterreise for publication describe intervals of delirium and madness, ultimately leading the composer to be restrained in bed. Winterreise was published the same year as the composer’s death, and it seems likely that the increasing complications from his disease as well as the decline in social invitations due to his illness would naturally lead the composer to reflect on more inward, melancholic subjects. (10) Schubert’s own description of these “truly terrible, songs which have affected me more than any others,” alludes to the composer’s mental state toward the end of his life. (11)

Throughout the song cycle, Schubert uses a variety of devices in the piano accompaniment to symbolize the visual imagery of the text. These moments go beyond merely setting the mood for a text, such as a slow tempo in a minor key to reflect a somber subject, and instead, actually depict visual aspects of the text. The first song, Gute Nacht, (Good Night) features a continuously plodding eight-note figure in the accompaniment, which can be seen to symbolize the protagonist trudging away from his beloved’s home. When several stanzas later he thinks of his beloved, the accompanying harmony abruptly shifts from the dark and hard sounding minor key to its parallel major. (12) Again, this shift to the parallel major represents a shift in subject matter from reality, which is associated with the minor key, to illusion, which is associated with the major key. One could suppose that Schubert chose to use the parallel major here, as opposed to the relative, because it is a more striking harmonic shift, thus accenting the protagonist’s shift in mood.

In Die Wetterfahne, (the Weathervane) Schubert’s symbolism takes on an additional layer. The wavering quality of the vocal line, largely in octaves with piano is made to represent the weathervane on top of the beloved’s house. The weathervane itself is a symbol for the fickle attentions of a young girl, the beloved. At the beginning of Gefrorne Tränen (Frozen Tears), soft, detached chords with unusual accents are sounded as if to create the image of teardrops on the protagonist’s cheek. Whether the ceaseless triplet figures of Erstarrung (Numbness/Frozen) representing the numbness of mind, the tired-sounding plodding of Rast (Rest), or the sound of the post horn and the galloping six-eight feel of Die Post, (The Post) Schubert frequently depicts the visual imagery of the text with specific rhythmic and harmonic devices in his accompanying figures. (13)

The oscillation between reality and illusion, represented by minor and major keys, respectively, is a unifying device that runs through the entire work and can be viewed as creating cohesion. The same can be said of Schubert’s highly descriptive accompanimental figures. These two devices, in combination with the major themes of longing and loneliness work together to create unity in place of a narrative structure. Since this work is an inward journey through the mental state of the protagonist, Schubert relies on these sources of musical symbolism to help convey the emotional content behind the text.

This analysis was prepared in the spring of 2020 for my Master’s Degree oral examinations at Ohio University.