If you had asked me a year ago where Brunei is I would have had no idea. Hell, a few days ago I had no idea where it is, let alone what goes on there. I think I would have guessed somewhere in the Middle East, with a very desert-y landscape. It turns out that it is a very tropical jungle-filled place on the northern part of the island of Borneo. I visited Bandar Seri Begawan, the capital city where the Sultan lives.

Brunei is a very small, oil producing nation so there is an extreme amount of wealth in somewhat concentrated areas. The climate is extremely hot and the sun is punishing. It’s a predominantly Muslim country with rather strict laws. Alcohol is forbidden throughout the country and the death penalty by stoning is available for those found guilty of committing homosexual acts. Aside from these extreme policies, Brunei is quite lovely.

The main attraction in Bandar Seri Begwan is the Masid Omar ‘Ali Saifuddien Mosque. It dominates the skyline and is visible from almost anywhere in the town. 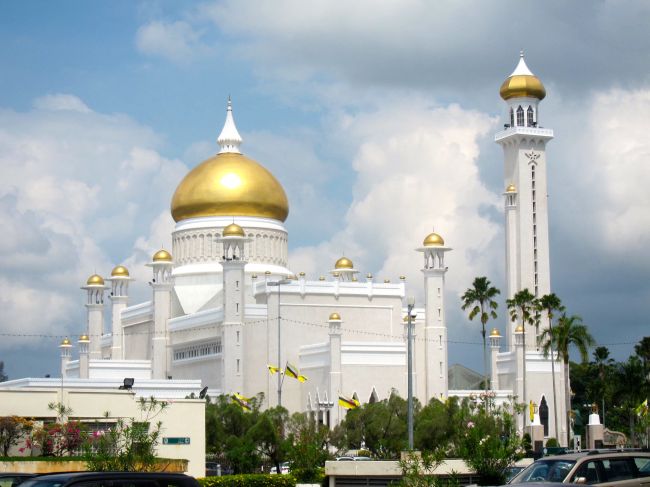 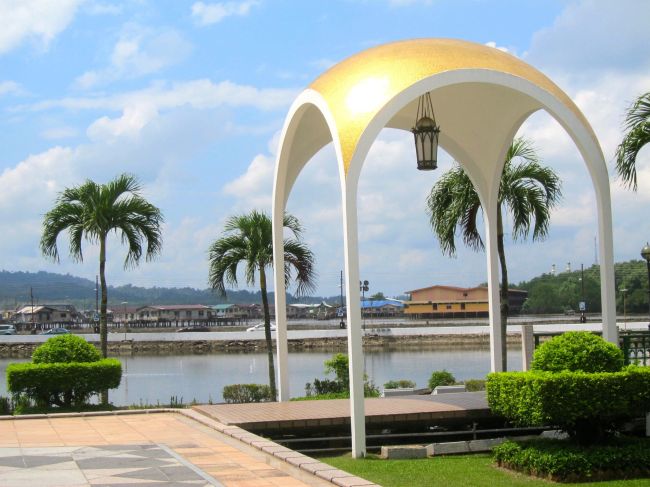 All throughout the town and along the roads on the way in there are many, many national flags. This place gives the US a run for its money in terms of national pride. There are flags literally everywhere.

The most interesting part of this town is the water village. This is an enormous, sprawling community that is built entirely on stilts over the water. I’m not sure why they chose to build this community on the water as opposed to on their ample land but it’s really cool.  Maybe it’s just easier to sink some pillars into the mud rather than wrestle with the tropical rainforest all around the city. There are water taxis that will take you for a tour of the sprawling complex for a few dollars, and it’s totally worth it. 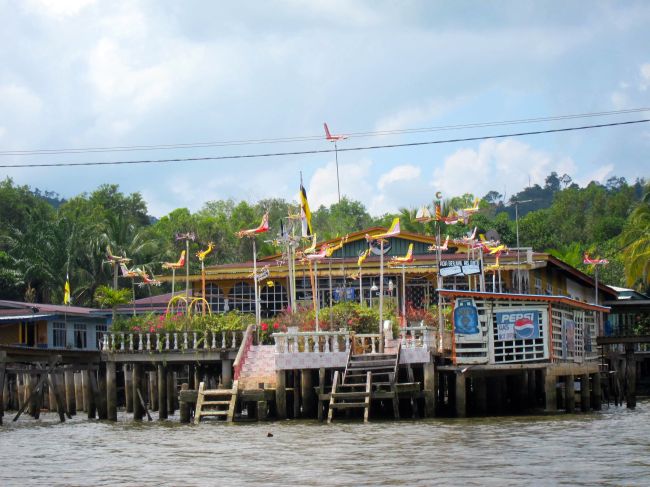 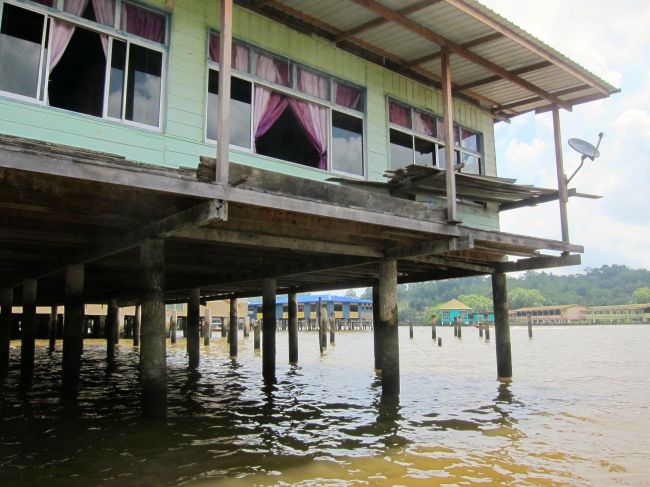 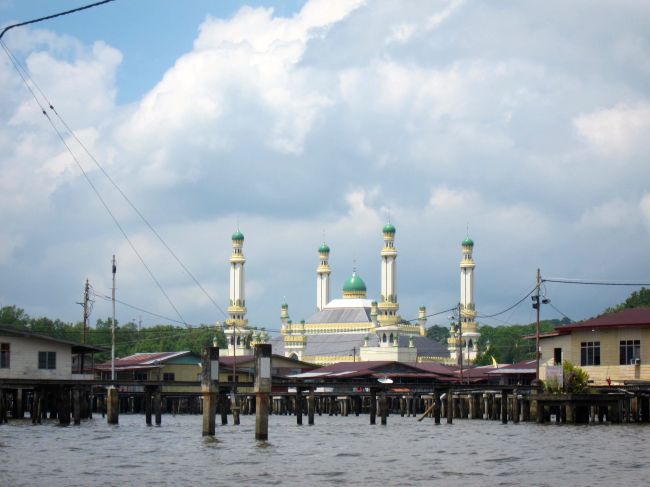