Napoli is Italy’s most densely populated city. One might argue that it has the densest concentration of incredible sights as well. Dark, twisty alleyways lead to ornate, centuries-old churches and wafting pizza smells distract pedestrians from the certain death of crossing the street without looking out for vehicles.

Teatro San Carlo (on the right in the photo below) was built several years before La Scala and is still home to many operas. The building is not completely original as much of it was destroyed in a fire, however. 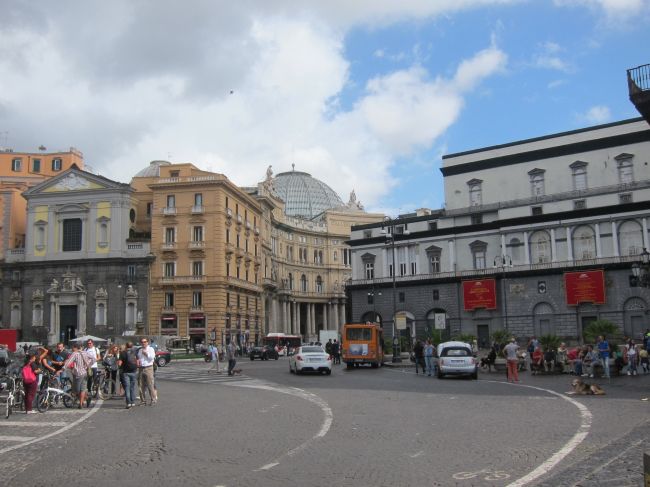 On the left of the above photo is the Galleria Umberto. This incredible place is now home to a shopping center and was built between 1887 and 1891 to raise the spirits of the local people after a devastating cholera outbreak.

Just around the corner from Galleria Umberto, or any corner for that matter, are many incredible churches. Most of these churches have their doors open and passersby can walk in and check them out or pray or have a pretty hilarious conversation with a local priest in broken English. 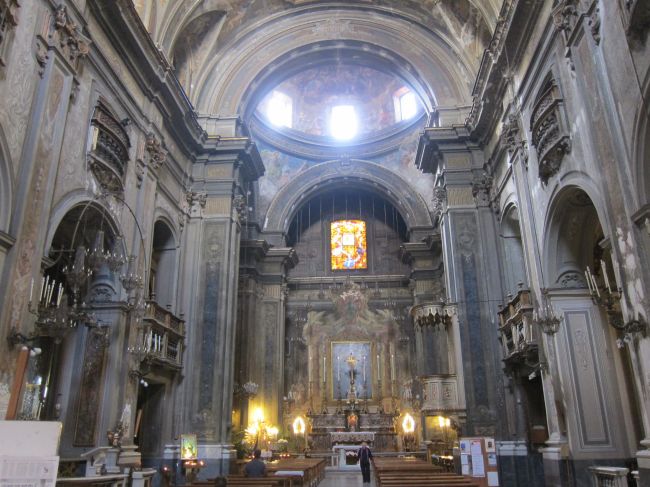 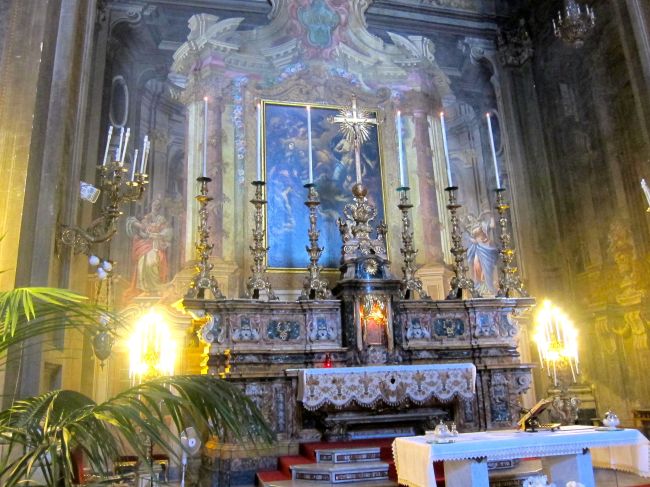 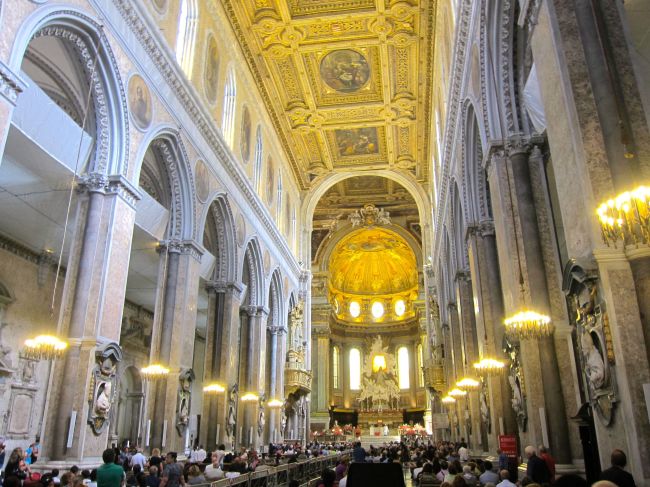 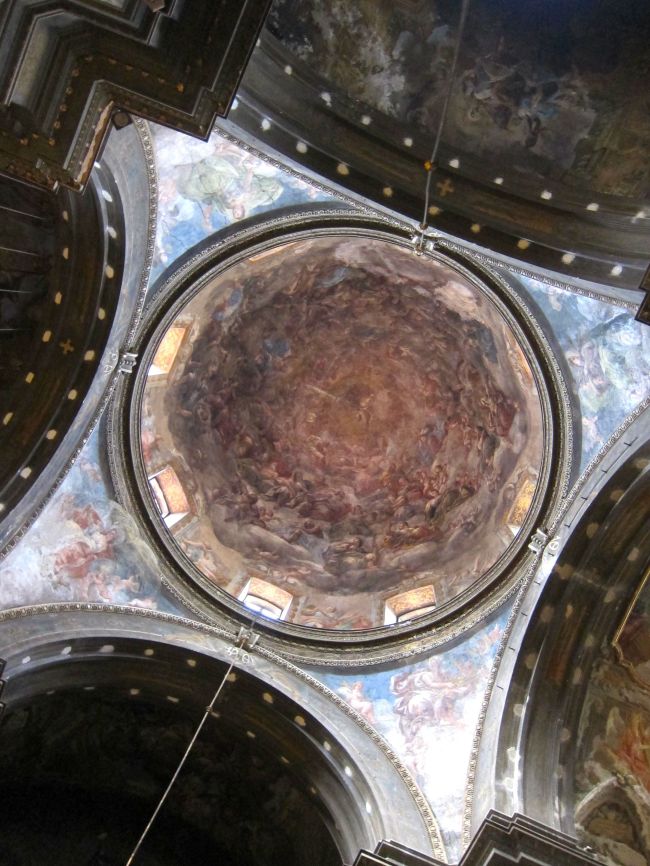 Most churches have shrines to all sorts of patron saints. 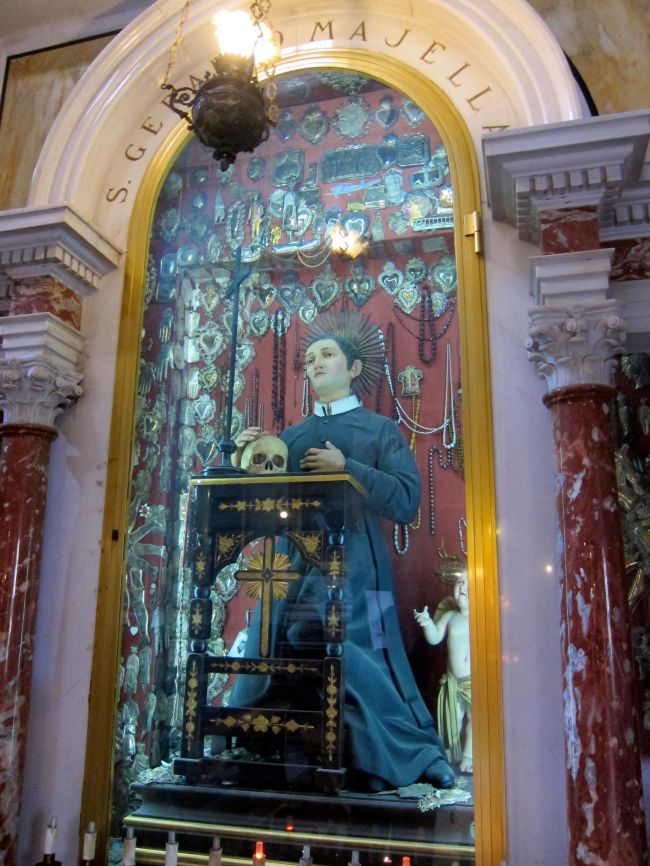 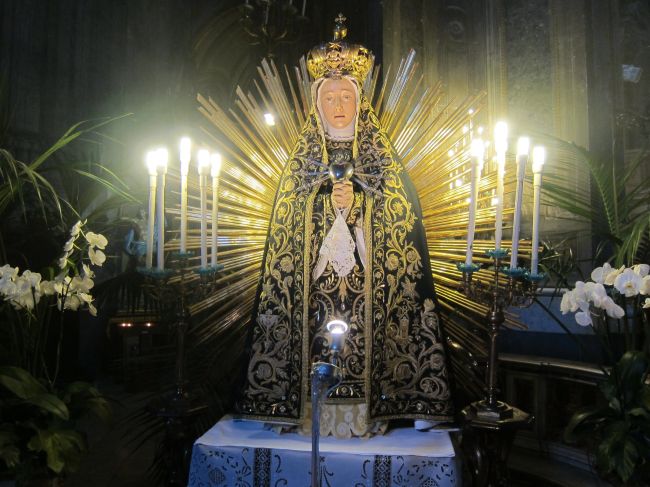 Many of the churches have beautiful stained-glass windows. 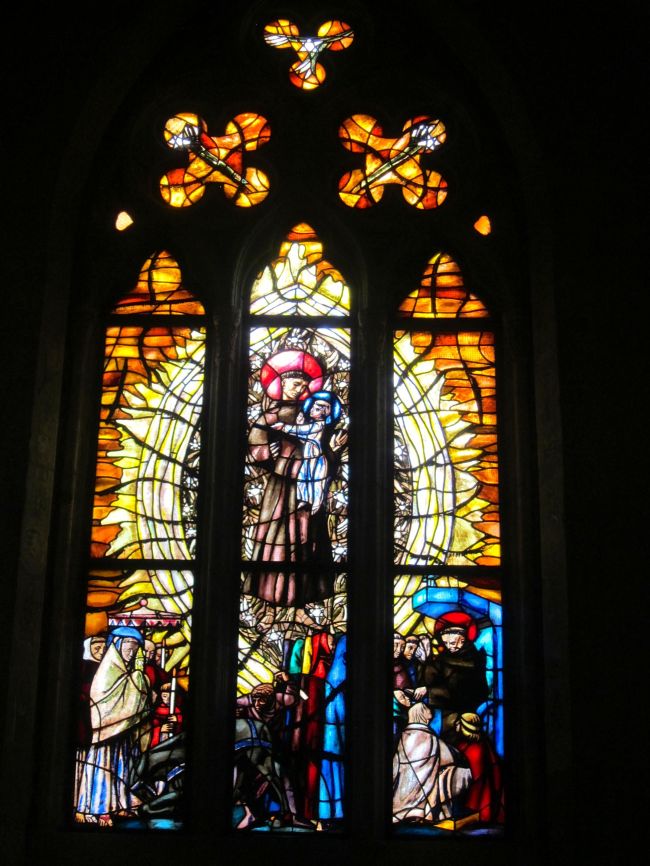 And of course, no trip to Napoli would be complete without some pizza!