Home » Non-musical activities!!! » Hemi-Demi-Semi-Truths Vol. 2 The Origin of the Danish Half Sandwich

Hemi-Demi-Semi-Truths Vol. 2 The Origin of the Danish Half Sandwich

In Today’s Hemi-Demi-Semi-Truth, we’ll explore one of the world’s great culinary anomalies, The Danish Half Sandwich. Anyone who has traveled to Denmark will have encountered the half sandwich option on just about any menu. This is a wide spread practice throughout Denmark, however many people are surprised to find out that there is a rich tradition of half sandwich eating that dates back hundreds of years. The origin of the Danish half sandwich dates back to the late 17th century and involves a wild boar hunt, a King in gastric distress, and some unfortunately hungry lackeys; so grab a Carlsberg, sit back and let’s take a little journey through history…

This tale begins, as so many do, with a boisterous king returning from a successful wild boar hunt in the Danish countryside. With trumpets blaring and all of the kingdom of Kobenhaven cheering, the great king Karl Snurisverrissen VII entered the great dining room in Valhalla and took his place at the head of the massive oak dining table. This was to be a great feast in celebration of his latest successful boar hunt. Scores of stuffed and mounted stags, bears, boars, and reindeer looked on from high atop their perches as all of the Danish royalty marched in, followed by the powerful merchants, traders, and other elite of the day. A Flemish power trio sawed away on the popular madrigals of the day in the corner. The scene was set for what was to be the most grand and most lavish of hunt feasts ever thrown by the Snurisverrissen dynasty. Little did young King Karl know that trouble was brewing deep within him, in what would later be known as the small intestine. 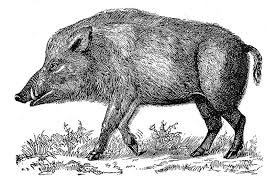 This particular hunt took place during an unusually warm month of September by Danish standards. After a couple of long days of running and stabbing, leaping and skewering while drinking only from the wine skin, King Karl developed a powerful thirst. He commanded his hunting party to halt while he drank his fill from a pond at the edge of a clearing. Many of his men stepped forward to advise the king against drinking from a stagnant source such as this but the elders in the group restrained them, having seen all too often what happens when a young man in a hunting party tells the king what to do. As a result, the King filled his mighty belly with the refreshing, yet no-doubt-parasite-ridden water and carried on with the hunt. 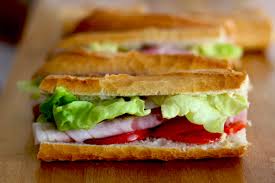 Now, back in the hall, about to begin the feast, King Karl Snurisverrissen looked out over his loyal subjects with pride and thought, “I must be very hungry, my stomach is awfully rumbly!” The feast began with many rounds of bread, lutefisk, smoked salmon, mead, wine, and other delights coming out of the kitchen with great haste. King Karl devoured everything that came his way, as he was known for having the greatest appetite in the land. However, the great King began to notice that his appetite was not what it usually was and he began to worry. His brothers took notice that he wasn’t enjoying his usual fill of pig parts but said nothing for fear of embarrassing the monarch.

As the sandwich course was presented, the King knew he was in trouble. His stomach was in knots and he began to sweat under his golden crown. He looked down at the large platter in front of him with the enormous portions of wild boar, hearty Danish cheese, and wild greens piled high between two thick slices of grøv brød and wondered how he would ever finish it in his condition. His hesitation was noticed and the hall grew silent as every pair of eyes at the long table focused on the rare scene unfolding before them. Not being one to turn down a challenge, King Carl Snurisverrissen lifted his goblet of pilsner and shouted, ‘Skol!’ Then, with a roar of approval and trembling hands he began to eat the sandwich with newfound vigor. 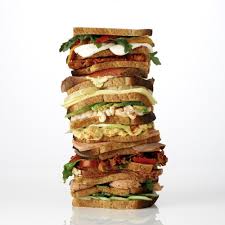 Bite after bite, the monarch’s stomach tried to revolt but he kept forcing the formidable meal down until he could take it no more. The great King knew that he had met his match midway through the sandwich. He put the remaining half down on the platter and mopped his dripping brow. The hall once again grew silent as everyone stared wide-eyed and expectant and the great King. Murmurs began to circulate. Could this be possible? Had their great King met his match?

At this point, sensing the tension in the great hall, the King’s younger brother, who fancied himself the comedian of the family, decided to break the tension with a joke. He rose and made a toast, ‘to the great King’s girly appetite!’ Well, Kings being Kings, and enraged equally with his intestinal distress as with his brother’s insolence, the Great King Carl Snurisverrissen roared that no one must finish their sandwiches, or they themselves would be finished!

At this point, all eyes turned to the King’s cousin, the Drunkard Lars, who had been devouring his meal quite undisturbed throughout the whole ordeal. Just as the King made his proclamation, Lars shoveled the last of his sandwich in and licked his greasy fingers. He had been eating rather quickly as he was battling his usual hangover late into the day that day.

Sadly for old loveable Lars, when a King makes a proclamation, it cannot be reversed for fear that he would be named a flip-flopper and a revolution sparked. The guards sprung into action and whisked a very confused, and not altogether sober Lars off to the Dungeon as the King made a hasty retreat to his porcelain throne.

To this day, Danes eat only a half a sandwich at a time out of respect for the once mighty King Carl Snurisverrissen. This strange mix of Danish modesty and superstitious fear of bloatenfjartenstomacherstessen (the Danish equivalent of Montezuma’s revenge) has created one of the world’s loveliest culinary traditions.

What happens to the other halves? This is a mystery for another time…

Hemi-Demi-Semi-Truths is an occasionally-infrequent column at andrewdmeyer.com where I explain some of the more esoteric things that I have learned in my travels. As someone who has been filling the internet with nonsense, professionally, for a few years now, I have decided that it is time that I explain some truths that I have found to be self-evident. One of the greatest joys of traveling is encountering the unexpected and learning things that you could never find in a book or a lecture hall. These are all things you will not find in books.