A little bit about music, a little about travel, maybe a humorous observation or two… It’s been a while since I’ve posted anything so here’s a little update on what’s been going on. I’ve been back in Scandinavia onboard the Eclipse for almost two months now. The sun doesn’t really set these days…it just takes a little break around 2am. I’ve been out late in Copenhagen, Oslo, and Reykjavik and am thrilled to be back in this part of the world.

A little bit about the gig…

I’m the permanent musical director here on the Celebrity Eclipse now. I had a short handover when I joined with another bandmaster who was a great guy and had been working here for 22 years, which seems like a long time to do anything. I suppose he had his reasons for sticking it out that long. It’s been great to join as MD instead of stepping up midway through a contract. It’s just easier to get in the routine right away, rather than get in the habit of sleeping all day.

The shows here are basically the same as they were when I was last here a few years ago. I can still see my handwriting in some places. It’s been fun to see some guest entertainers that I haven’t seen for a long time like Pete Matthews and the MacDonald Brothers. These guys don’t really come out to the Australia/Asia runs that I’ve been doing lately so it’s been good to work with them again.

When I got here I discovered that the band hadn’t played any jazz in months. This was weird to me since that’s basically all I’d been doing for the past 14 months or so. I scheduled a lot of jazz sets at first, many of which were pretty rough. We had a lot of trouble at first agreeing on forms, harmonies, etc. It’s gotten a lot better now but it was kind of a drag at first. This was a good reminder that playing jazz is a highly specialized thing because even though everyone is a strong player here, we still struggled with these sets.

I’ve also been trying out my vision for our ‘big band’ sets. I don’t really like to play old-timey big band music like the Glenn Miller stuff. I don’t think it makes sense to play it with a 7-piece band and I think that once the generation of people that actually remembers and likes this music gets just a little bit older, no one will want to hear it anyway. There is a ton of music out there that sounds good with a small group format but for some reason it’s like we assume that our audiences are so dumb that they can only possibly like ‘Pennsylvania 6-500.’ That’s just not true! I think it makes more sense to play something in a more modern style. I’ve been introducing some charts that are more medium-size group jazz, sort of along the lines of Art Blakey and the Jazz Messengers. Often times people don’t really dance so there’s not much point in playing cha cha’s and waltzes, which are really boring to listen to. This small group stuff allows the guys to open up and blow a little more and hopefully engage with the audience a bit. I’ve also included a bunch of different latin charts so that if people want to dance we can switch over to something a bit more groovy. So far it’s been rewarding to play this type of stuff, but the challenge will definitely be to keep it fresh. 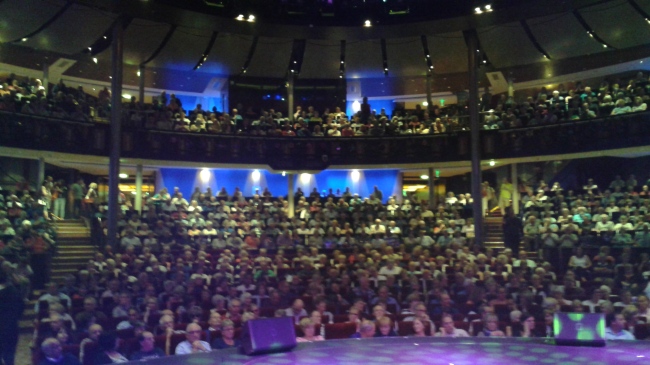 I had the opportunity to try out three of my tunes from the solo repertoire I’m working on building with backing tracks the other day in a matinee show. Overall I was pleased with the performance, though I did have a pretty good memory slip during the first piece. I used my newest track, Michael Jackson’s Human Nature, during this show. It’s sort of a dub/reggae version, a la Easy All-Stars, and has a huge bass drop right at the top. It sounded huge. I thought stuff was going to fall out of the rafters in the theater. I’m sure some old crusty British people were thoroughly terrified. This project is still going strong. I’m working on a tune by a band called A Banda Mais Bontia da Cidade. It’s called Oracao and it has a really great melody. After that, I’m toying with the idea of trying to cover Led Zeppelin’s ‘What is and What Should Never Be.

Before joining the Eclipse, I met Jane and spent a few days in London. We stayed in Leicester Square and spent most of our time around SOHO dropping in and out of different bars, pubs, and restaurants. We saw Matilda in the West End, which was great. I didn’t realize that it was the same story as the Danny DeVito movie, which is hilarious. 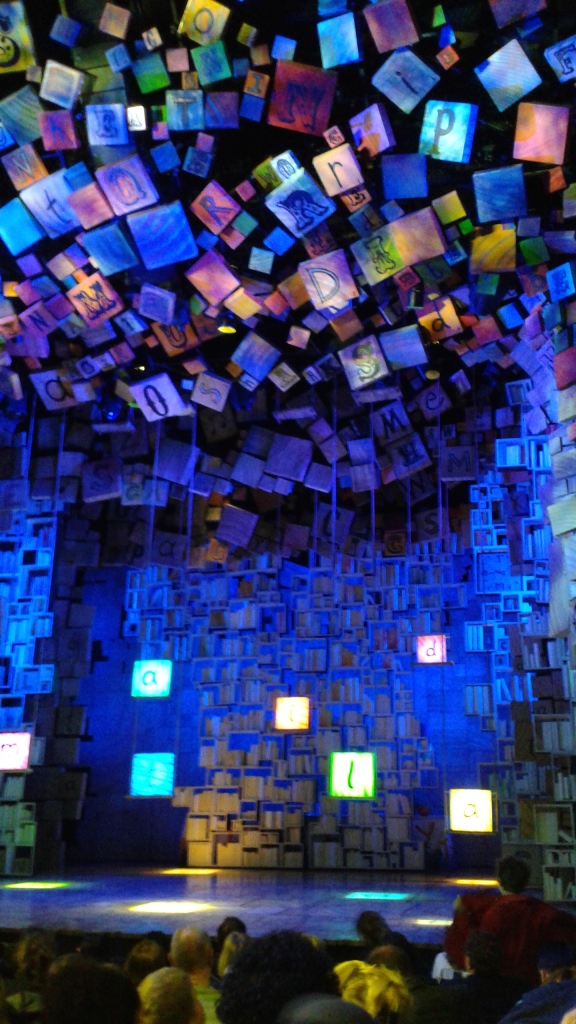 We made a journey out to Camden one day, which was great. What a cool area. It’s a little bit grimy and filled with tons of artists and people selling all kinds of things. I bought a leather jacket from some of the best Turkish salesmen I’ve ever encountered. The best part about Camden is that no matter how bad you might be feeling in the morning, there is always someone doing worse!

Once onboard we did a few charter cruises to Norway, which was great for me. Norway is one of my favorite places to be. We had an overnight in Oslo and I got to hang around in Grunnerlokka, the neighborhood that I lived in briefly. It was nice to get go to some of the restaurants and bars around my old apartment that I couldn’t really afford when I was living there. 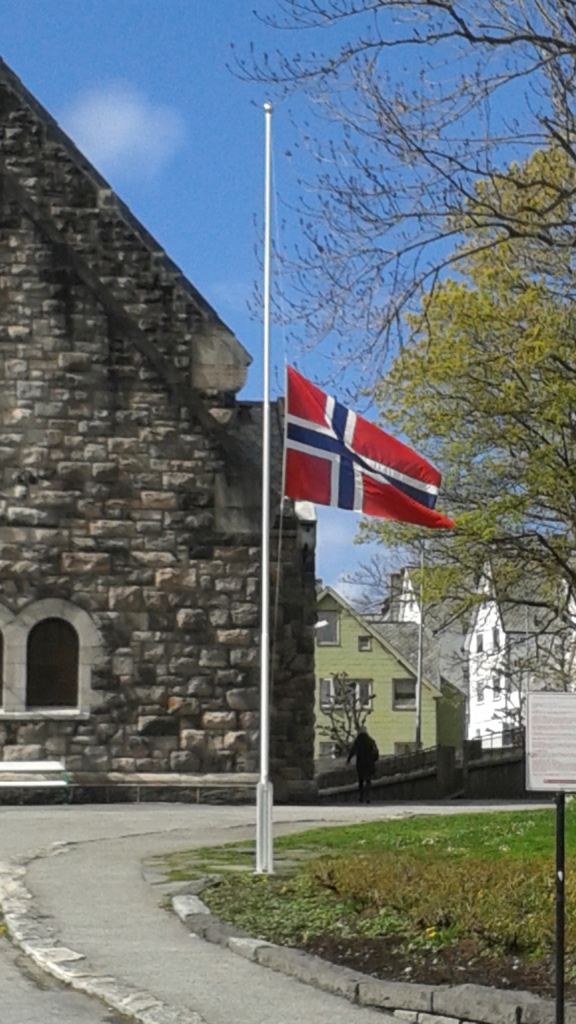 We’ve been a number of other places in Norway, all of which are pretty small towns. These towns are great for hiking and just general hanging around. Norwegian food gets kind of a bad rap a lot of times…think lutefisk. However, take a look at this picture and tell me that Norwegian food doesn’t look great.

Maybe Lutefisk isn’t your thing but these people know a thing or two about fish! 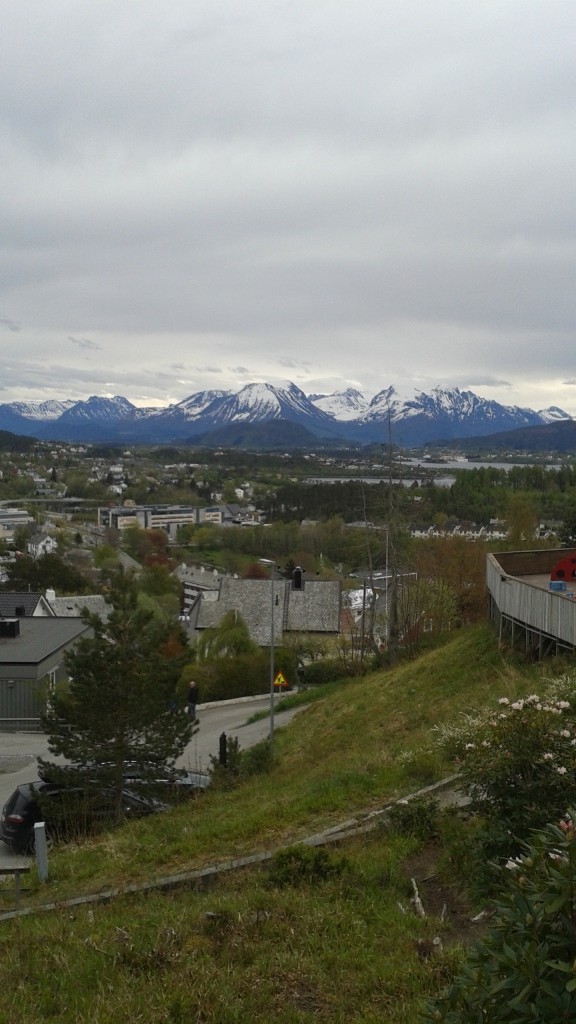 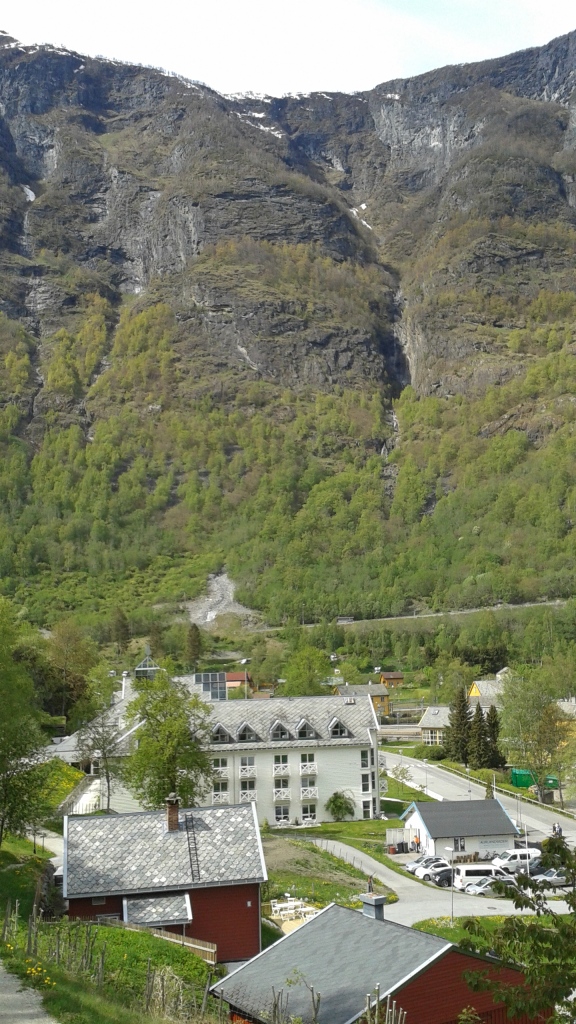 Stockholm has been sunny and beautiful, as usual. This is one of the most pleasant cities in the world. Every week that I’ve been there this season there has been a festival going on in one of the major parks. I went to the Stockholm early music festival and saw some outdoor performances while drinking wine at the Wikipedia booth.

One of the best stops on this itinerary has consistently been Tallinn, Estonia. This is a medieval, walled city that has become one of Europe’s newest party places. It’s on the Euro and things are pretty affordable. The local beers are great and the food is hearty! My favorite thing to do in Tallinn is to go to the archery range at the top of the hill and shoot arrows. I’ve been doing this for years and while it’s still fun, it has definitely changed. It used to be that there were really no rules. They just gave you the stuff and told you to go nuts. We would do speed rounds, shoot in the rain, all sorts of things that probably weren’t the safest. Now they show you how to use them and there’s a tiny bit of focus on safety. Oh well…I still remember Tallinn before it went corporate… 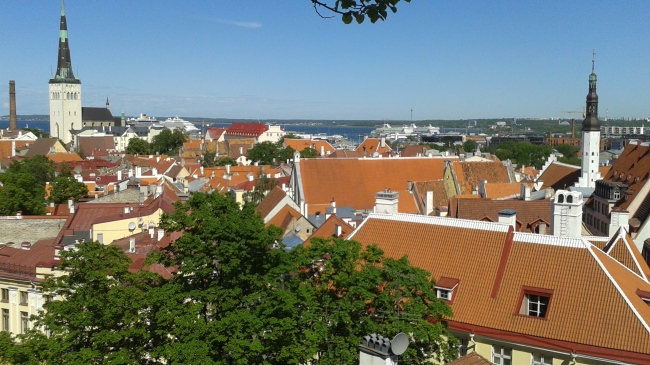 Russia continues to be kind of a drag. It’s one of the only places in the world where we have to go through immigration every time we get on and off the ship. I can’t possibly understand what they are trying to prove. Let me be clear, Russia. There is no way that I am going to try to sneak in and start a new life as an illegal Russian immigrant. Every time they make us stand in line for at least an hour to see an immigration official. During this time they do the most maddening thing. They open and close the lanes at random and each time they open a new one, they take a group of people from the back of one of the lines and start a new line with them. That’s right, literally the opposite of everything that makes any sense. At least when you get outside you see this lovely vista:

One of my guys got mugged the first time we were here in broad daylight in a crowd of people. It’s really too bad that things are getting so desperate here. It seems that Western sanctions are having a big impact. Unfortunately, it seems like only lower class people are feeling the squeeze.

That’s pretty much what’s been going on. I’m on a trip from Iceland back to Norway right now, which has been fantastic. More to come on that…

← Michael Hankins’ addendum to- Drew’s Guide to Mucking Around the Changes; a Musicians’ Manual for Cruise Ship Living: South of the Border Edition- Panama Hats are made in Ecuador Correct Saxophone Intonation (Overcoming the Natural Intonation Spectrum) →