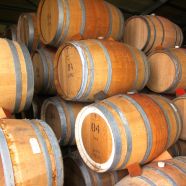 Wine Tasting in the Barossa Valley

Australia’s Barossa valley is one of the largest agricultural and wine producing regions in Australia. This is somewhat ironic considering that it is located just outside the driest capital of the driest state on the driest continent on earth. South Australia and its capital, Adelaide, can be a veritable dust ball for much of the year, or at least that’s what they say. Of the three times I’ve been in the region, two have had rain! The scenery of this region is unlike many of the world’s other wine hotspots. The traditional rolling green hills are replaced by rather arid looking terrain. About two-thirds of the land in the Barossa valley is used for growing grain crops. This combination gives it a rather brown appearance overall. The valley does receive plenty of sunshine and cool breezes that come down from the mountains to keep the fruits from getting too warm, making it a great location, if unlikely, for producing wine. 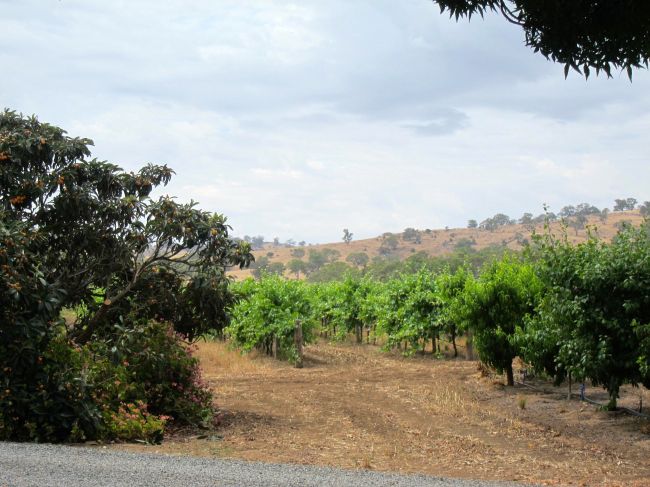 The valley is home to several large international brands and many small vineyards, ranging from family style operations to enormous, factory farm types. Jacob’s Creek and Penfolds are two very recognizable labels that call this region home. Oddly enough, the actual Jacob’s Creek, for which this mega producer is named, is basically a small trickle of water that is easily missed as you drive by. Perhaps this signifies the importance of water in such an arid landscape.

The first stop on my tour was at a larger winery called Hemera. This is where the “Lights Out” Shiraz is produced; one of the wines most often guzzled at crew wine and cheese events. This was to be the biggest winery that we would visit for the day and in my opinion had some of the best wines. The tasting was pretty traditional, with a server pouring a small amount in everyone’s glass and then giving a little speech about the various qualities of the wines.

My favorite wines that we tasted at Hemera were a 2012 Cabernet Franc limited release, a 2008 tier one Shiraz, and a 2012 100 year Grenache limited release. The vines that produce the Grenache are over 100 years old, hence the name. These were truly the best wines of the day in my opinion.

The second stop of the day was at a winery called Rusden, which would turn out to be my favorite location. This place was a much smaller winery and had the feeling of a family business. We were given a small tour of the vineyard, crush house, and a few other places. 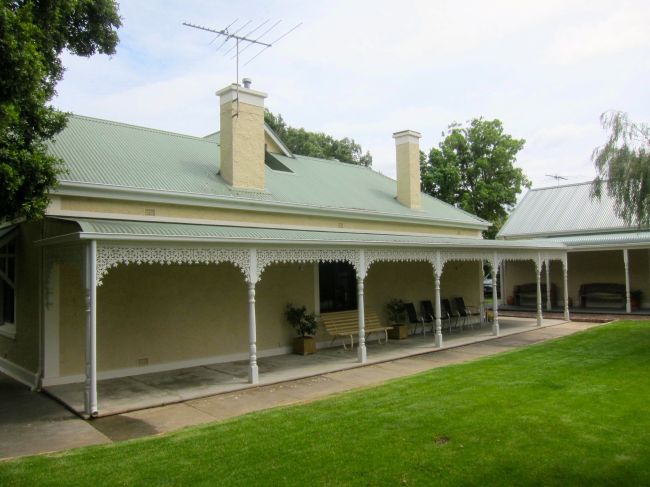 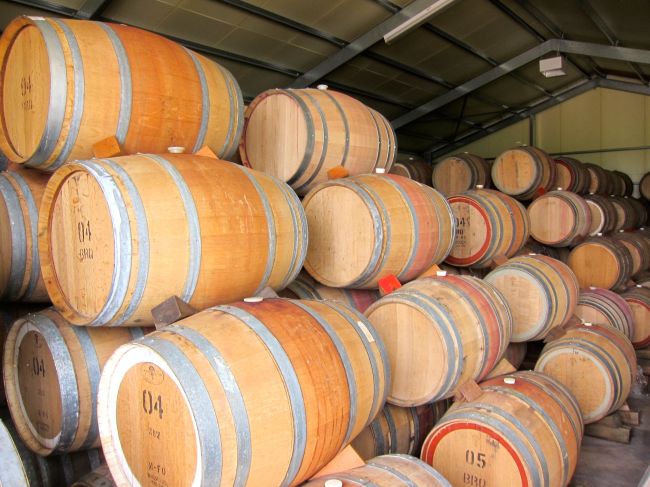 What really made this place fun were the people working there. Instead of a traditional tasting, they basically put the bottles and glasses up on the counter and said, ‘get your hands on em!’ This was quite a contrast to the first stop that was a bit stodgy. They seemed really excited about the wines and were very friendly. While waiting for the restroom out back, I noticed a couple of recycling bins overflowing with beer and wine bottles, presumably from the staff. It wasn’t hard to imagine them closing down each night and having a huge meal at the big table in the cellar. 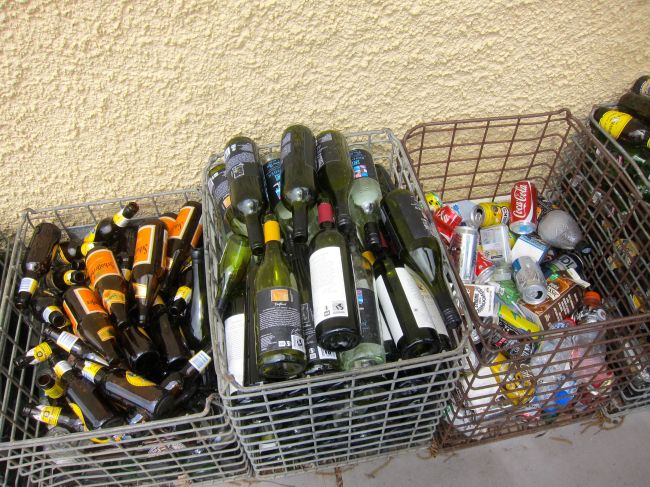 The third stop on the tour was where we finally got some food. After leaving early in the morning with no breakfast and then drinking wine all morning, I think everyone was pretty much ready for some food. We were served a meal of frittatas, olives, cheese, bread, pate, and salted meats at a long table over looking the valley and a pond. Naturally, the meal came with several more wine courses. 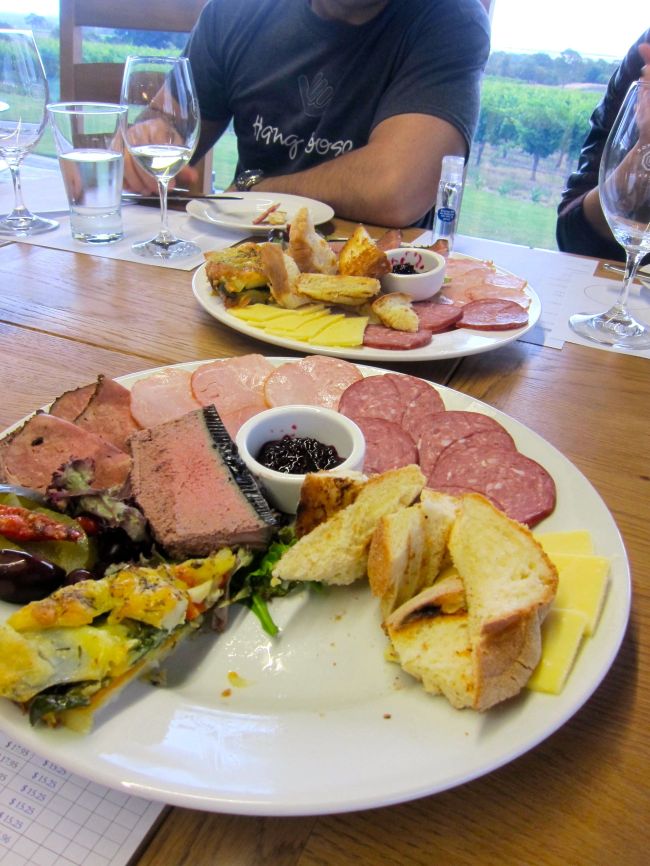 Our host at this vineyard was named Nigel and was excited to meet our group as he had booked a cruise on our ship in few weeks. We tried some interesting wines at this location including a sparkling Shiraz. Nigel lined up some desert wines to finish off our visit and then we were on our way. 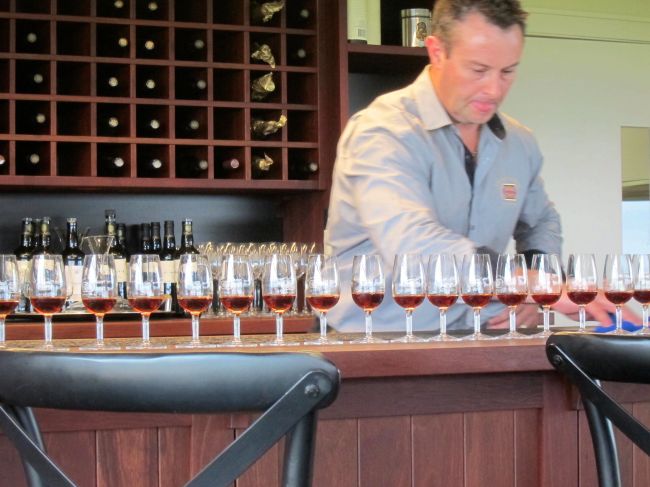 The third stop of the day was at another smaller vineyard. This one was very modern inside and had a large garden out back. They had planted rosemary all through the garden, which made the entire place smell of rosemary. Many of the wines at this location were made from grapes planted at a higher altitude.

After this final stop we all piled back in our bus and made the hour voyage back to the ship. Pretty much everyone passed out for the ride back from the combination of wine and waking up early.