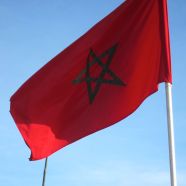 I went to Africa two days ago for the first time. I’ve seen Africa a bunch of times while going through the straits of Gibraltar but never been there before. We went to the Moroccan town of Agadir, which is on the Atlantic coast. 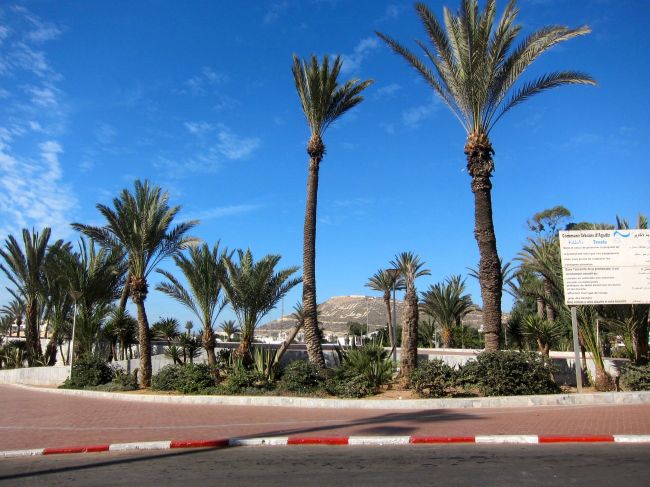 The town has a huge beach with nice fine sand. The weather was warm and the water was cold but nice…especially for the end of November! 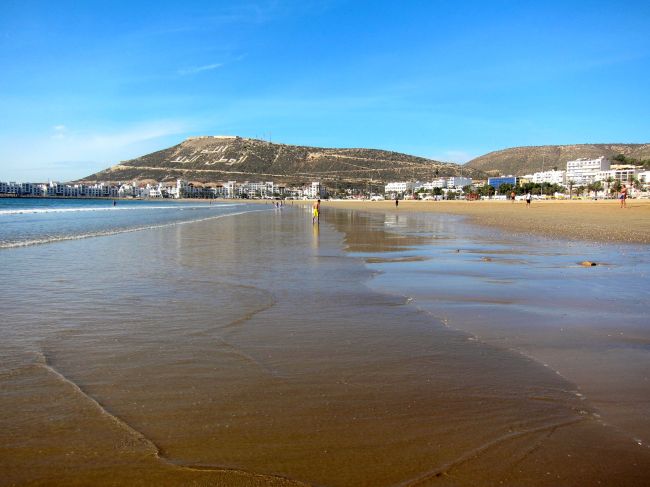 The town is surrounded by rugged hills. On one of them which overlooks the city there is something written in white rocks. 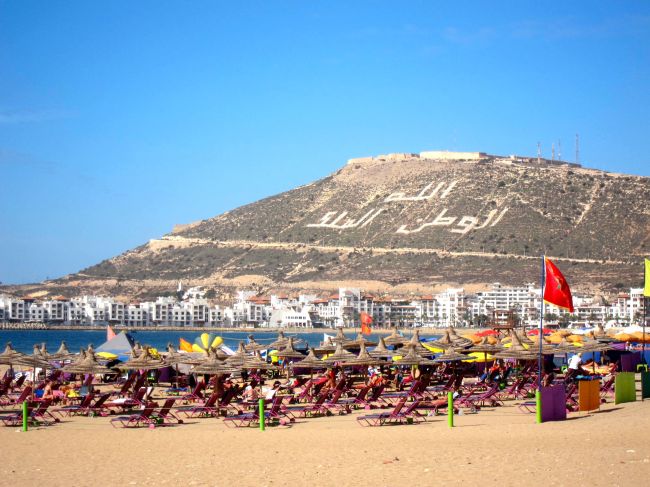 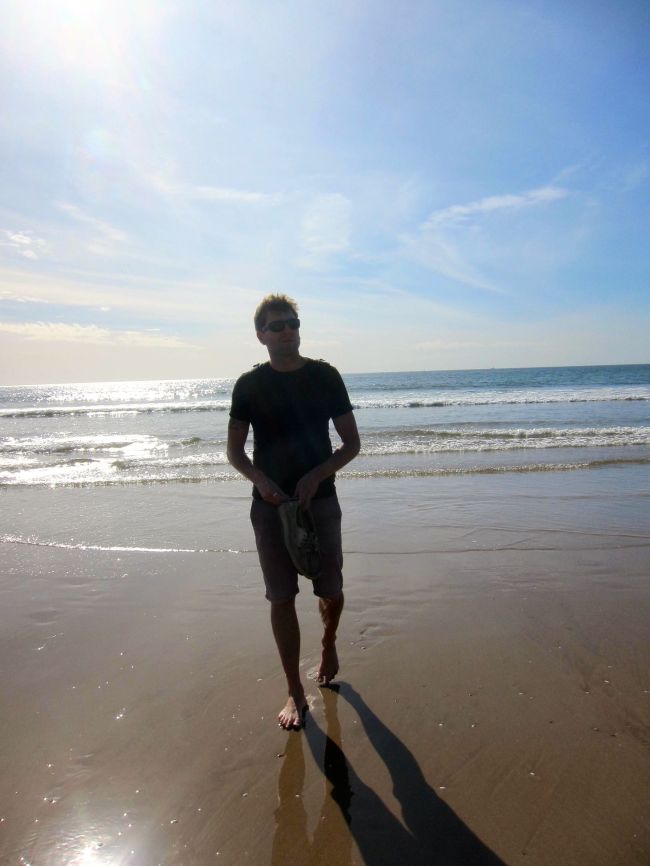 Moroccan food is pretty interesting. There are a lot of dishes with couscous and various veggies and meats with a lot of spice. 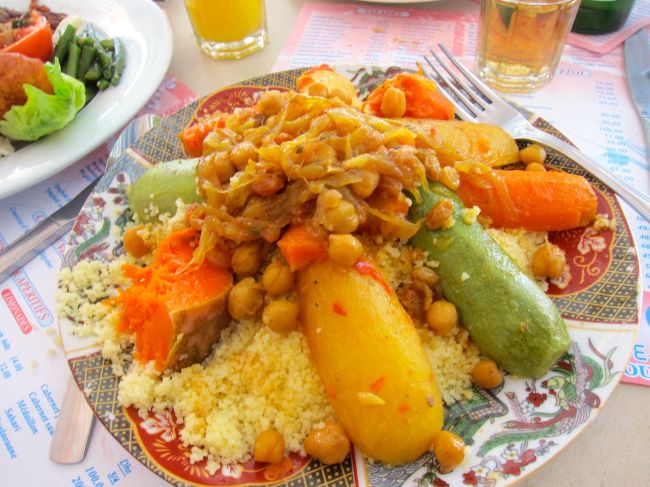 The town of Agadir is not very large and there isn’t really a ton going on. It was kind of sleepy but nice the day that I visited. 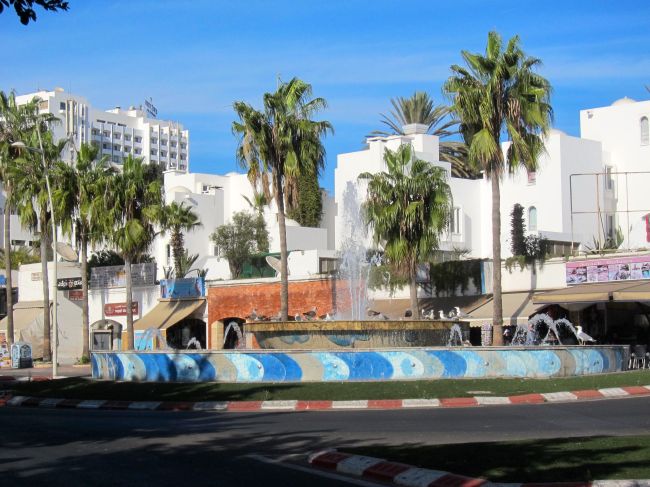 Agadir has a zoo that runs through the middle of it. It’s not huge but it has some cool animals. 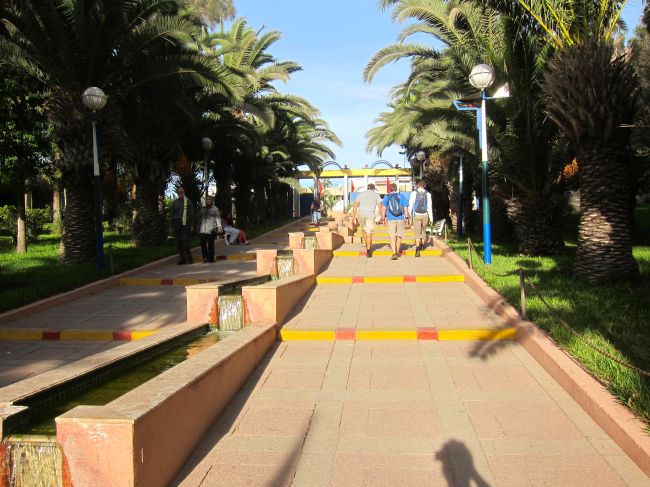 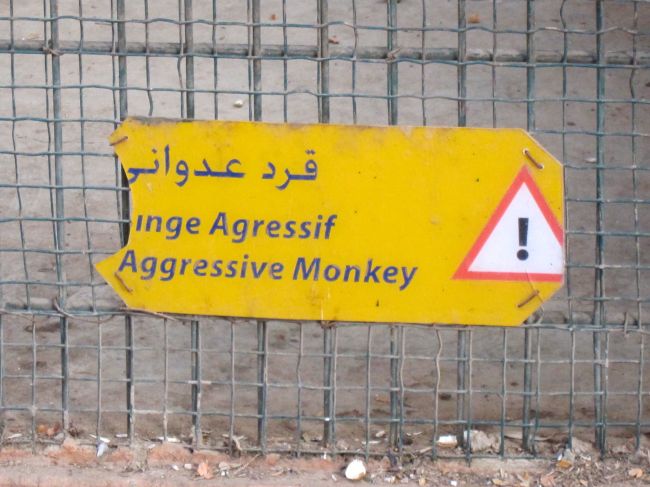 Most people speak French in Morocco but there are a lot of signs that are rather confusing. 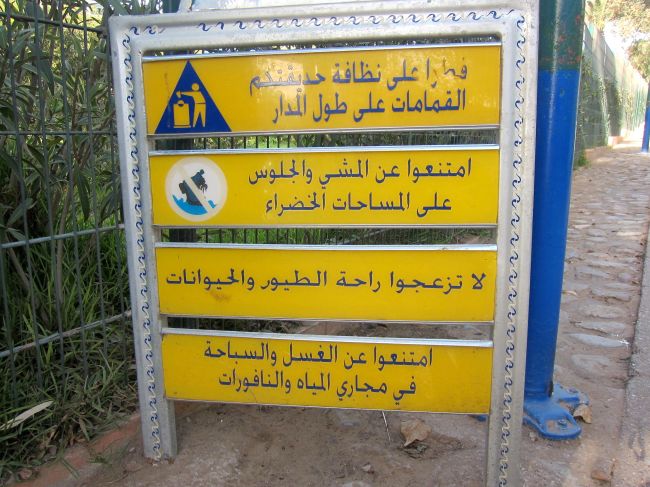 ← Mykonos and Santorini Constellation wrap up. →