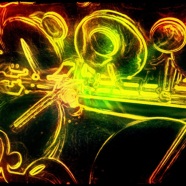 I’m pleased to announce that I will be presenting an evening of works for saxophone and electronic tape, as well as a few solo works on Thursday, June 21st at Canopy Collective, Cleveland (3910 Lorain ave, Cleveland, OH). Admission is free and the show will begin at 7.30pm. 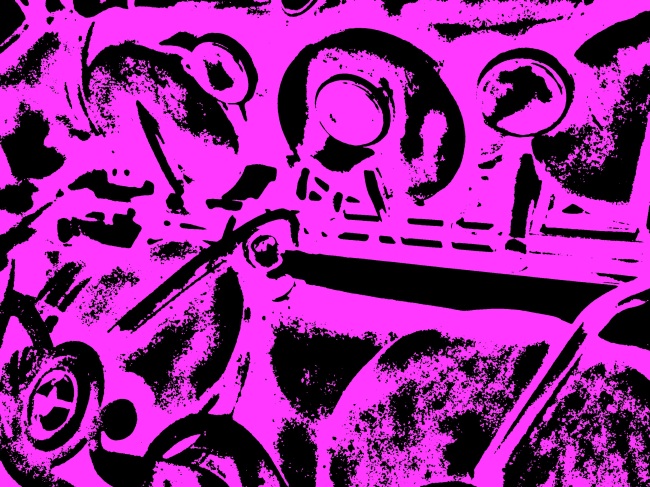 The program will consist of the following:

Grab It! (for Tenor Saxophone and Ghettoblaster- Jacob Ter Veldhuis

Dutch composer Jacob Ter Veldhuis has become a major force in the saxophone world and beyond. His works explore the ‘no-man’s land between language and music’ and pack a powerful and emotional punch. Grab It! uses audio samples from the documentary ‘Scared Straight,’ which featured delinquent teens being taken into prisons to confront inmates in an attempt to ‘scare’ them into changing their ways. The composer has taken short fragments of speech from the show and reworked them into highly rhythmic figures which distort, augment, and embolden the meaning behind the words. In addition to these challenging rhythmic ideas, the composer specifically asks performers to imitate the sounds of Sonny Rollins, Archie Shepp, George Adams, Ben Webster, and Clarence Clemons.

Northern stomp, for soprano saxophone, electronic tape, and live electronics was composed by the performer this year, largely in Iceland. This piece features simple harmonies and flowing melodic passages that will hopefully evoke rugged landscapes as though one is hiking through a northern forest.

An aeolian harp is a string instrument that creates sound from the vibrations caused when wind passes over and through the strings. Often times these instruments are quite large and create thick clouds of sound that have an other-worldly quality. Aeolian Reeds accomplishes many of the same timbres through the use of delay and repeated figures in the saxophone part in combination with the drone sounds on the tape, many of which are reworked recordings of actual aeolian harps. The piece also draws inspiration from the all-night concerts performed by composer Terry Riley in which he would use a delay unit, dubbed the time lag accumulator, to create thick forests of sound from simple repetitive phrases. One famous recorded example of this was titled Dorian Reeds.

Tico Tico was made popular in America in 1947 when it was sung by Carmen Miranda in the movie Copacabana, though it was originally written in 1917 by Zequinha de Abreu. Originally written in the Brazilian Choro style, this arrangement by Australian Native, Andrew Worboys, has a much updated sound featuring overdriven guitars, synths, and a healthy dose of percussion.

This choro-style tune was written by Brazilian composer, Alfredo da Rocha Viana, Jr, though he is much more commonly known as Pixinguinha. Pixinguinha was a saxophonist, flutist, and the composer of a huge volume of music largely in the Choro style. Pixinguinha has become well known for taking older forms of Choro an combining them with modern jazz harmonies. You can hear a sample here.

Each Day We Lose 5 minutes and 21 Seconds of Daylight – Andrew D. Meyer

Written during the month of October, a time when those living near 60°N latitude experience the interesting phenomenon of the days becoming noticeably shorter each day, this work evokes a sense of longing and perhaps anticipation or even anxiety toward the upcoming winter. The piece opens with a hauntingly simple melody that returns throughout. Improvisational passages come out of and lead into written material throughout, making for a deeply personal connection with the music.

Rye Flowers for solo soprano saxophone is a work that incorporates improvisation throughout, interspersed with a jaunty melody that returns several times throughout the duration. Written in 2008, this was one of the composer’s first solo saxophone pieces.

This hauntingly simple melody written by Olivier Messiaen has been reworked by Australian Native, Andrew Worboys, into something quite different and fresh. Think something more along the lines of Snarky Puppy or Jaga Jazzist then classical recital piece.

There may also be a few other surprises during the concert so I hope to see you there!

Canopy is a hub of positive energy and love, supporting more than 60 artists in Cleveland and around the country. We house nine resident artists and host events regularly in our gallery space. You can come here to shop, look around, listen to music, create things, or even just to chat. We are proud to say there isn’t anything quite like Canopy!