There’s nothing worse than leaving a party just as it’s starting to kick off. That’s the feeling I had leaving Myanmar tonight. All the dirty, dusty little shacks that we passed on the way into Yangon were lit up with neon and the promise of cold beers. How could we possibly miss this? In the end, we did have to miss all of the outdoor beer gardens in the rural areas. We did manage to spend a few hours in the city of Yangon and get a little bit of a feel for it. 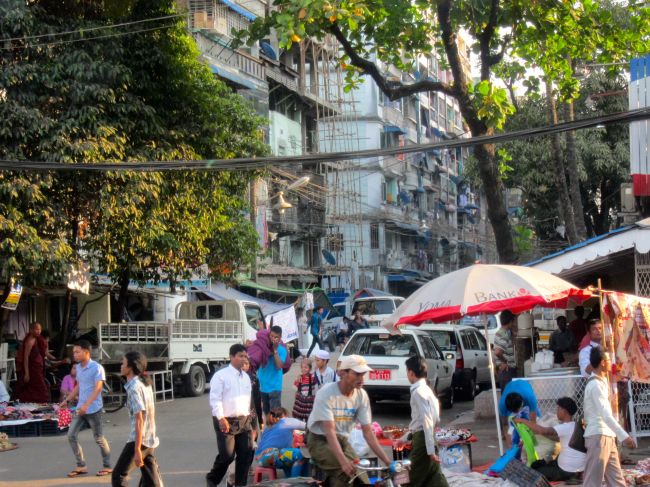 The way into town was a long and dusty road. Traffic here is intense, both in terms of volume and just general lack of organization. The horn is used in lieu of the brake for vehicles of all sizes, from motorbikes to buses. People cross the street whenever and wherever they like. Cars and busses come way to close to each other but apparently it works. Well…sort of. It took us about an hour and a half to get into the city. This journey should probably only take about 30 min or less if there was a proper highway. The roads are pretty bad and full of all kinds of traffic.

There’s something vaguely incongruous between the general western perception of Myanmar and the essence of the people. Myanmar has always seemed to me like a place that is very isolated; a place where dissidents are gunned down in the street man, woman, and child; a place that is not welcoming, and one where friendliness has been institutionally banned. While these things have happened here and should not go unmentioned, these sentiments could not be farther from the truth. Everywhere I went I was greeted by big betel nut stained smiles. Port security is usually annoyed and rude with anyone passing through but here they were curious and borderline excited to see a mixed group of young party people coming through. This discrepancy between ruler and subject is evident everywhere. It takes a decent amount of paperwork to get a visitor’s pass for a few days, yet no one wants to check to see whether you actually have it. In fact, security everywhere seems to have little interest in anything that is going on. The government has all of these rules for tourists, but the actual people charged with enforcing them seem to care very little. The currency is bizarre. It’s about 1000 shnip-shnaps to$1. Almost everywhere we went accepted USD and they all gave a remarkably fair and consistent rate. I’ve been to 6 of the 7 continents and never seen that before. Also, the people spoke a surprising amount of English. It seems that Myanmar is really opening up to the rest of the world, despite local news reports of at least 47 people being killed in a battle between government troops and rebels near the Chinese border yesterday. 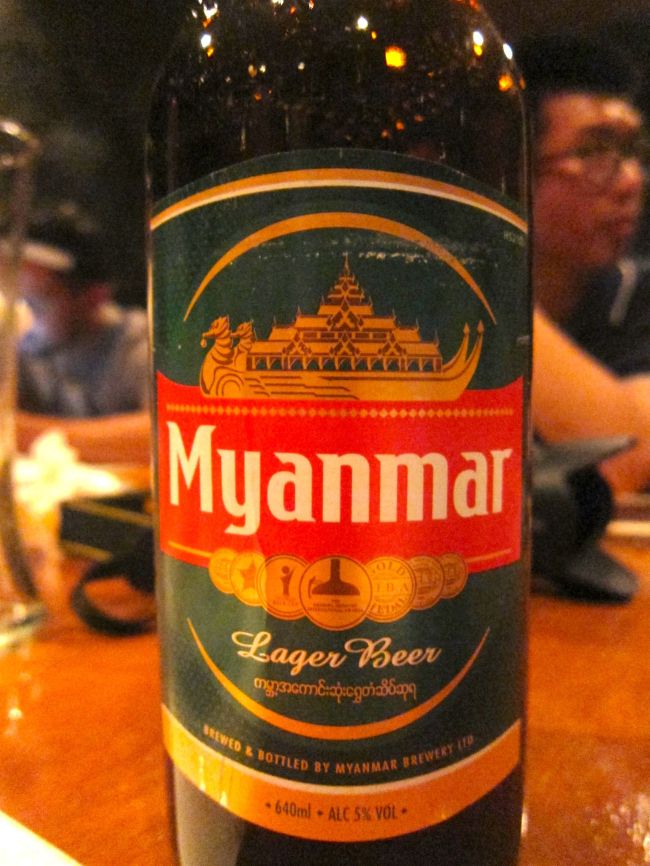 The Shwedagon Pagoda is the centerpiece of Yangon. It’s shiny golden bell rises above the city and is visible almost anywhere in the city. Inside its walls there are many different depictions of different Buddhas and many different shrines for people to meditate at. There are hundreds of spires and really impressive architecture. I love the mixture of gold and neon lights. I was there at night, which was great because the whole place is lit up, which makes the gold look spectacular. Also, they say that the marble ground gets extremely hot during the day, which is a problem since everyone walks around barefoot inside the pagoda. 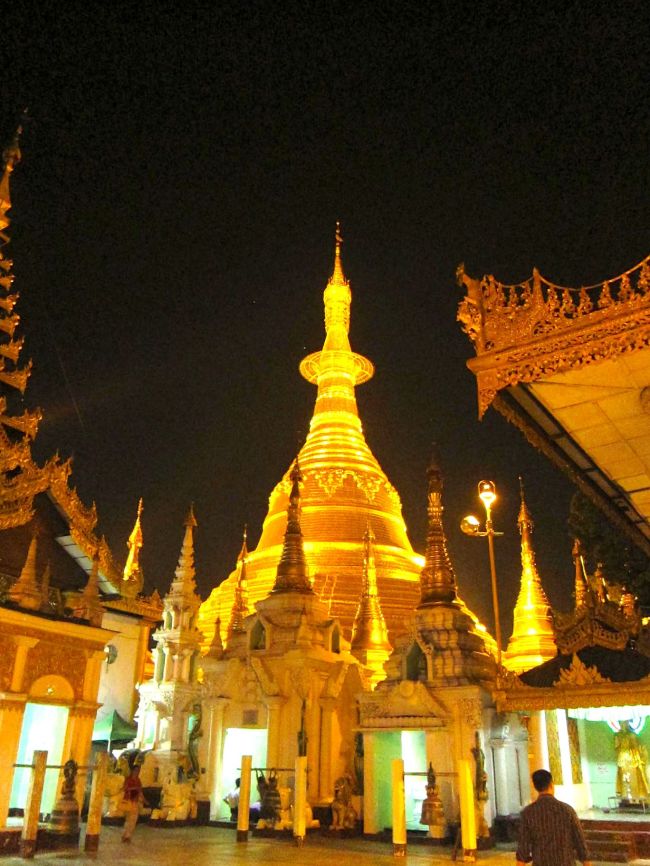 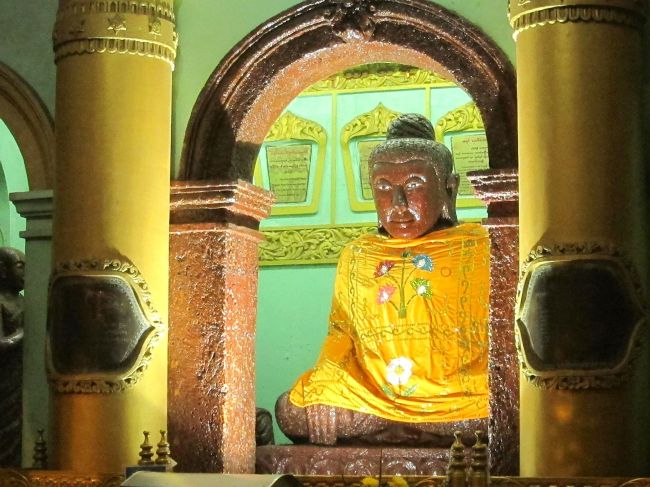 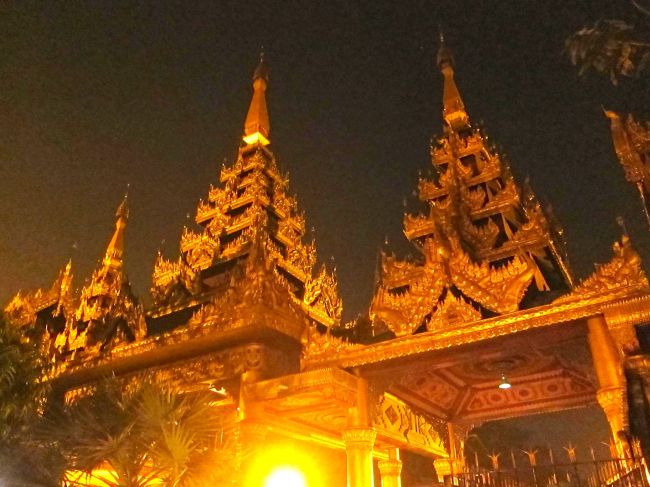 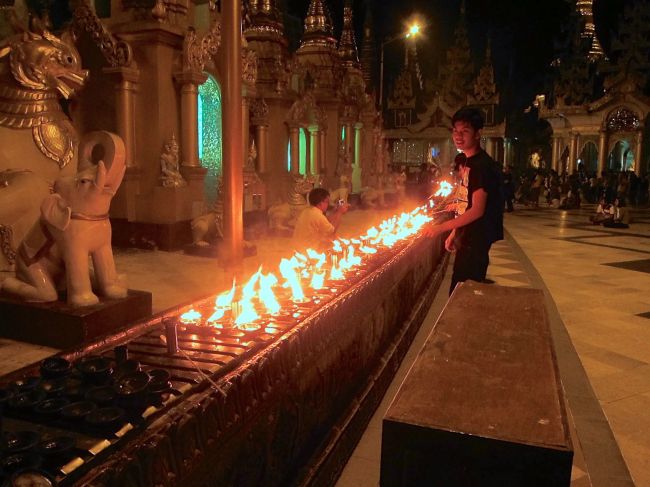 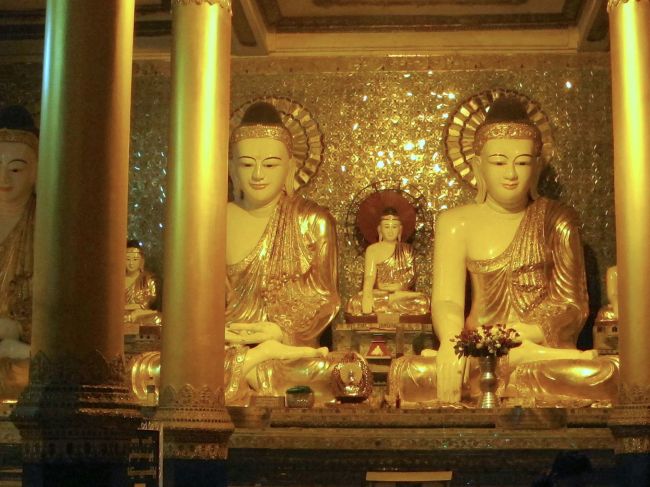 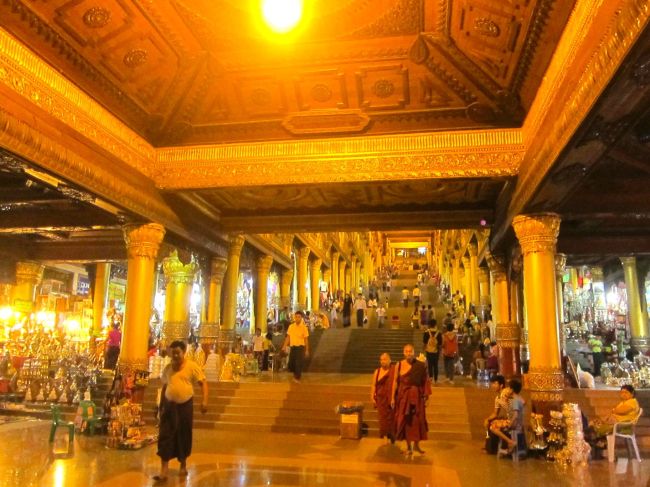 There was one bummer about Yangon. I was hoping to find some crab rangoons as the city used to be called Rangoon by the British but maybe those only exist in America.