I suppose I’ve never been the kind of guy to show up to work early. That all changed a few days ago. I was supposed to sign on the Celebrity Century for a 6-month orchestra contract February 10th but got an early start.

I arrived in Freeport, Bahamas February 9th on a tiny plane from Charlotte. The flight was kind of cool, actually. I had an empty seat next to me, which incidentally seems to happen to me a lot. As the plane approached the airport we flew directly over the dry dock where the Century was so I was able to get a little preview. We landed and walked into the terminal to get our bags and then everyone cleared out pretty quickly.

The original plan for me, according to what I had been told earlier that morning by the shore side travel assistance, was to arrive at the airport and find someone who would be waiting for me with a hotel reservation that he or she would then take me to. I would then stay in the hotel over night and join the ship the next day.

The airport cleared out pretty quickly and suddenly I was the only one there. No ride from Freeport Ship Services was anywhere to be seen. Eventually someone from the airport came and asked me what I was doing. (my plan was to just sit in the sun and wait for something to happen—it was a pretty nice day after all) I told him who was supposed to pick me up so he called them and they eventually did come for me. 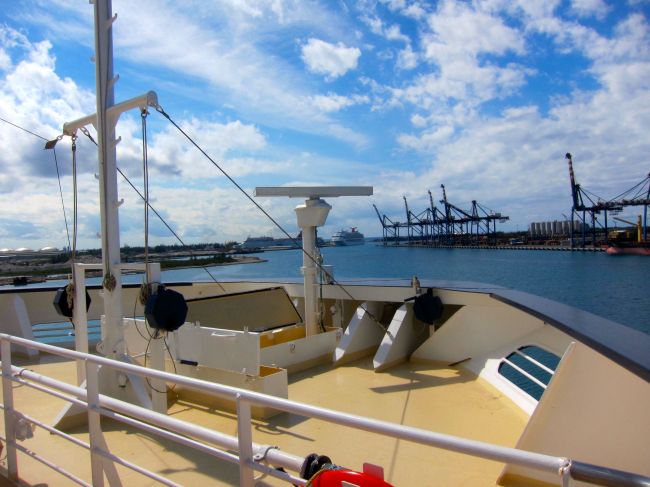 The port agent had no hotel reservation and no knowledge that they should have made one. His solution was to just take me directly to the ship. Not exactly what I was hoping for…I was imagining Caribbean cocktails and relaxing poolside, maybe some sort of conch salad for dinner and sort the work stuff out tomorrow. Instead, I was dropped off at the shipyard and left to carry all of my stuff up an industrial gangway to deck 5 of a ship that had been completely pulled out of the water.

For those people who have never been to a dry dock, let me explain a little bit about what it is like. Dry docks are extremely expensive so companies try to cram an exhausting amount of heavy construction work into the shortest time possible. The ship sits in an industrial site and has round-the-clock welding, grinding, and banging. They turn the water and air conditioning off seemingly randomly and sometimes the electricity. There are cranes lifting stuff overhead and heavy machinery moving around on a schedule. It’s not the sort of place you should show up to unannounced and make multiple trips carrying heavy luggage around by yourself.

So I climbed up this steep industrial gangway with all of my luggage. Keep in mind that it’s the middle of the afternoon in the Bahamas so it’s pretty steamy outside. I get it all up there and am totally drenched in sweat, not exactly the kind of condition I want to be in when meeting a bunch of people for the first time. I explained my situation at the gangway to the security guard who either didn’t understand or didn’t care. Either way is fine. He just radioed for the crew admin and the doc to come up. Luckily the crew admin here is great. I explained what happened and he pretty much just said, ‘ok, we’ll figure it out.’

On a normal sign on day, you sort of get passed along from crew admin to doctor to supervisor and so on. When these people aren’t there or aren’t expecting you things get really complicated because the other people don’t know how to help you with what you need. The supervisor has the room key and the crew admin can’t really help with that, etc. You get the idea why showing up a day early causes pandemonium. 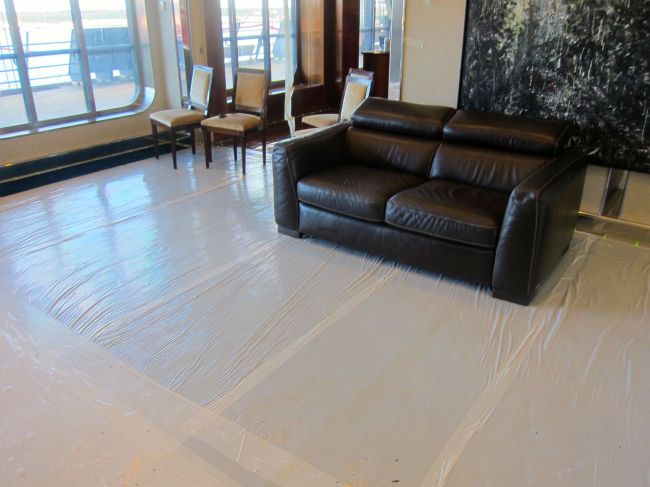 Unfortunately the bandmaster had gone out for the day so getting a key or even finding out what room I was supposed to go into was a little tricky. Enter Jane. Jane is the activity manager here and a good friend from previous contracts. She can pretty much sort anything out. We took my luggage to the office that she shares with the bandmaster until I could get a key and my a-pass made.

Eventually I did get into my room and put my stuff away. My roommate obviously wasn’t expecting me to come yesterday. (why would he?) The place was pretty messy, even by my standards. It’s much better today but still pretty dirty. These old ships will never come clean no matter how much you scrub them!

There was another guy from the orchestra who signed on a few hours before me under pretty much the exact same situation. I still haven’t met him but I feel really bad for him. He’s a new hire and I’m sure this whole situation was pretty overwhelming. Sign on day is chaotic under the best of circumstances and dry dock is always a mess. 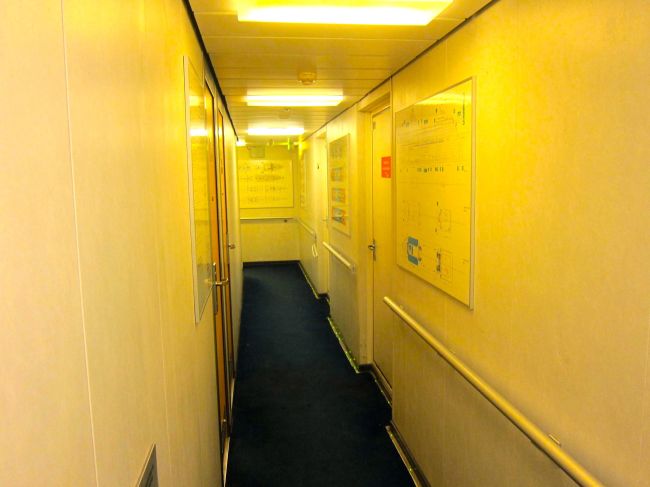 After getting my stuff put away I went off the ship for the night with a mixed group of entertainment staff to the thriving metropolis of Freeport. There were a few bars that were open and a Greek restaurant with decent food. I had cracked conch, which I don’t think is particularly Greek.

We shared a giant bus cab on the way back with some guys from the Carnival ship that is in the dry dock next to us. They were SUPER rowdy and pretty hilarious! The rumors about that line might be true…?